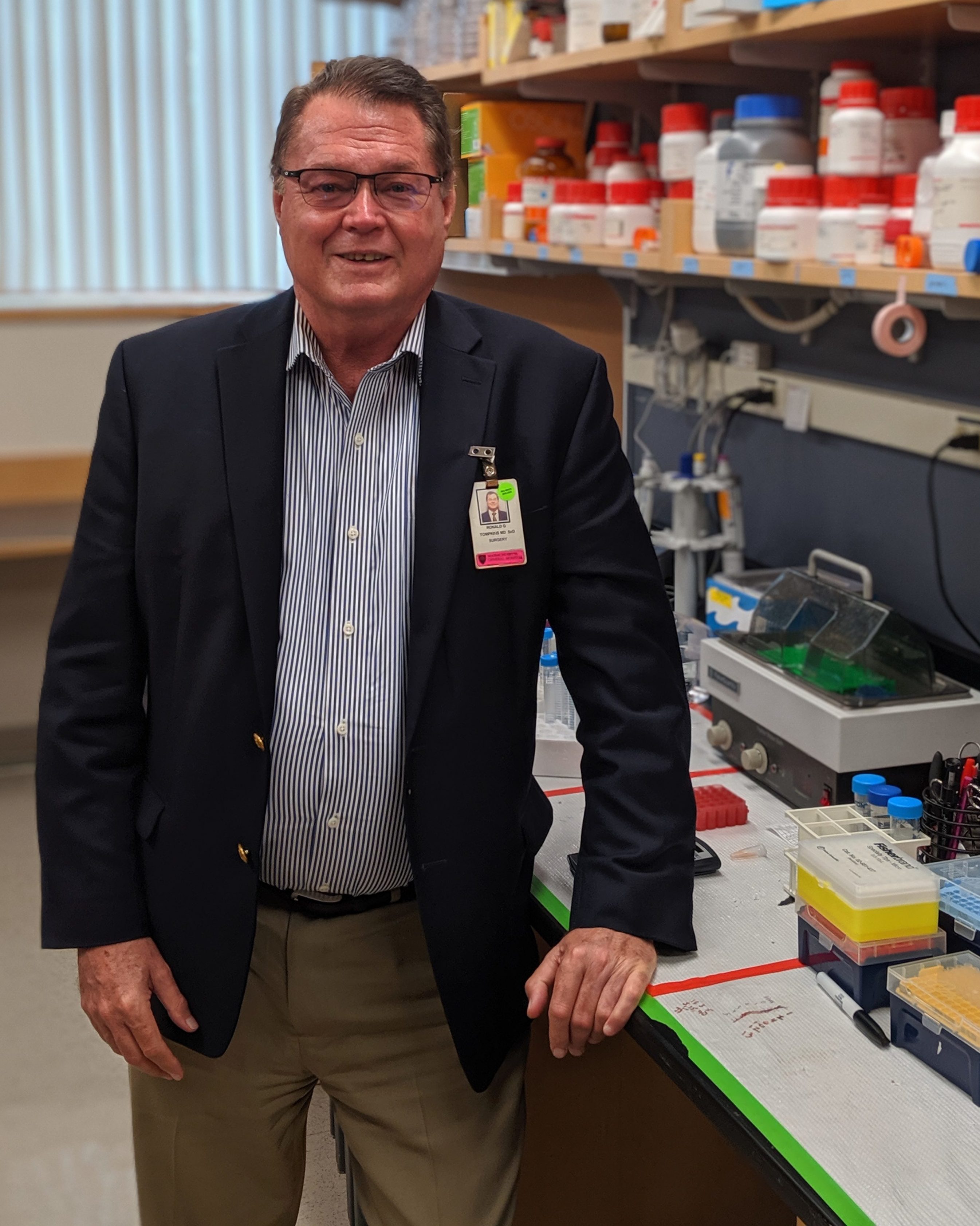 Dr. Ronald Tompkins is the Sumner M. Redstone Professor of Surgery at Harvard Medical School, Founding Director of The Center for Surgery, Innovation & Bioengineering at Massachusetts General Hospital (MGH), and Co-Director of the OMF-supported ME/CFS Collaboration at the Harvard-Affiliated Hospitals. Dr. Tompkins is widely recognized for his work in translational science, medicine, and engineering. He graduated from Tulane University in 1972 and Tulane School of Medicine in 1976. During his training in surgery at the MGH, he earned a Doctorate in chemical engineering at Massachusetts Institute of Technology (MIT). He completed his Harvard surgery residency and joined the surgical faculty at MGH in 1987. He served as Chief of Trauma and Burn Services at the MGH and Chief of Staff at the Boston’s Shriners Hospital for 22 years.

Dr. Tompkins has led a basic and clinical research program that began in 1990, with an NIH-supported first-in-the-nation Specialized Research Center in trauma and its associated Trauma Research Training Program that has produced dozens of the current leaders in the clinical and research field of injury. In 2001, he led a Large-scale Collaborative Research Program in injury research, which was the largest NIH-funded program ever received by MGH and 10th largest NIH extramural program to date nationally. These programs – with well more than $200M in public funding – have provided Dr. Tompkins with a likely unique experience to understand inflammation and metabolic features of humans in response severe stresses.

Following these decades of significant clinical and basic science discovery in animal as well as human research, Dr. Tompkins has founded a center for research and innovation, which has translated scientific applications into multiple inventions and companies. Three previous companies eventually sold for a total of more than $1.2B. He currently serves on the Boards of Directors of start-up companies in a vast array of medical applications involving Treatment for Alzheimer’s Disease, Point-of-Care Diagnostics, Chimeric Antigen Receptor (CAR) T-cell Therapies, Microcirculatory Dysfunction in the Critically Ill, and Novel Approaches to Cellular Function Ex Vivo.

Dr. Tompkins has served on dozens of Scientific, Not-for-Profit, and Academic Boards and National Committees and has published more than 500 research contributions in medicine and engineering journals toward the advancement of science and engineering in medicine. He has delivered over 500 invited keynote and scientific meeting presentations, lectures as well as he has received numerous honors and awards.

With this background, Dr. Tompkins is superbly suited to lead the charge for treatments and eventually to a cure for ME/CFS. His work in the genomics, proteomics, and ultrastructural roles in inflammation and metabolism promises to discover underlying mechanisms of ME/CFS and his leadership in multidisciplinary, multi-institutional large research projects will be the cornerstone for leading OMF’s mission with hope for all.