Cardiopulmonary exercise testing with invasive hemodynamic monitoring (iCPET) has been used at both Massachusetts General Hospital (MGH) and Brigham and Women’s Hospital (BWH) at Harvard Medical School to evaluate heart or lung-derived reasons for otherwise unexplained shortness of breath (dyspnea) or fatigue. 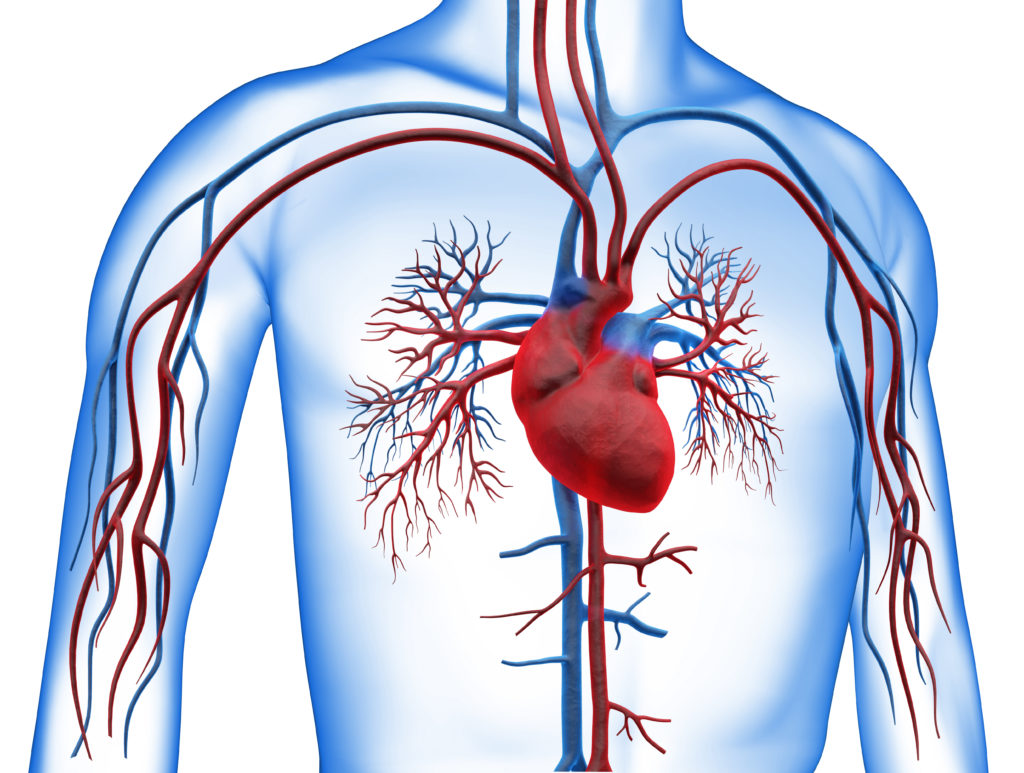 The figure to the right shows the deoxygenated systemic venous and pulmonary arterial (blue) and oxygenated pulmonary venous and systemic arterial (red) circulations of the left and right sides of the heart. In a significant portion of iCPET studies, the heart and lungs were not the origins of the fatigue or dyspnea. Many of patients had been referred for iCPET testing because they had a diagnosis of ME/CFS as well as dyspnea and fatigue. In this significant cohort of patients, the iCPET studies showed a characteristic pattern of “preload failure” (PLF) that was also associated with postural orthostatic tachycardia syndrome (POTS) and/or post-exertion malaise (PEM).